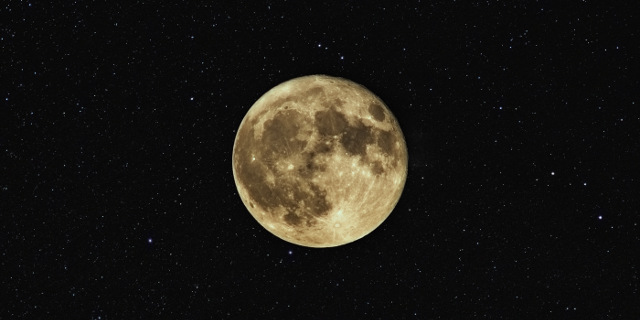 Many aspiring backyard astronomers have purchased a cheap beginner telescope only to be frustrated and disappointed by an experience that didn’t meet their expectations. Cheap telescopes are typically used a few times and then abandoned, left to collect dust. A lot of budget telescopes are considered junk due to the low quality optics and unstable mounts. An unstable mount means a shaky view, difficulty focusing and poor tracking.

Budget telescopes are popular gifts especially for Christmas. Choose the correct telescope and it could be an amazing gift that sees tons of use and inspires a budding astronomer to continue their new found hobby. Pick the wrong one and you may have wasted your money on a disappointing telescope that gets used once or twice.

For around $200, there are some very good options for budget beginner telescopes. Any cheaper and you’ll find telescopes with small apertures, optical issues and mount troubles. You’d be better off saving your money. Like we mentioned in our Telescope Buying Guide, if your budget is $100 or less, buying a pair of binoculars is the best option for stargazing.

Don’t forget about used telescopes. A 6″ or 8″ aperture Dobsonian reflector, like the ones recommended in our Best Telescope For Beginners article, are better than the best budget telescopes recommended here. If you can’t afford to buy a new Dobsonian, check Craigslist, Kijiji or other classifieds for a used Orion SkyQuest XT6 or XT8, a Sky-Watcher 6″ or 8″ Traditional Dobsonian or a Zhumell Z8 Deluxe Dobsonian. You might be able to find a deal on a used Dob for around $200. It’s even possible to buy used or refurbished telescopes from Amazon.com.

What is the best budget telescope for under $200?

Tabletop Dobsonian mounts are very sturdy compared to the unstable tripod mounts included with most budget telescopes. They are simple to setup and incredibly easy to use. The optical tube can be quickly attached or detached from the mount if you wish to store or transport them separately. Placing the telescope on a stable surface like a table or stool will provide a more comfortable viewing height.

These mini Dobsonians are extremely portable, weighing around 14lbs. This makes for the perfect telescope to take camping, on road trips, hiking to a dark site or as a grab-and-go telescope. The best telescope is the one you will use most often and a portable telescope with a reasonably sized aperture will see a lot of use. Many experienced astronomers with large aperture telescopes also have a small, budget telescope in their collection for convenience or for travel.

Examples include the Celestron AstroMaster 114 EQ and Celestron 127EQ PowerSeeker. They are usually priced between $100 and $200.

What can you expect to see with a 5″ tabletop Dobsonian?

A 5″ aperture telescope can show quite a bit especially under dark skies. Factors like light pollution, atmospheric conditions and the eyepiece you’re using will determine what you’re able to see and the quality of the view.

The moon and planets are mostly unaffected by light pollution. With good viewing conditions, expect to see the craters of the moon, some details of Jupiter including its main cloud bands and 4 moons, the rings of Saturn and its largest moon Titan, Mars as a small red disk with more detail in ideal conditions, Mercury and Venus as small disks with changing phases, Neptune and Uranus will be very tiny with possible blue or greenish coloring, sunspots and surface granulation on the Sun. You must use a proper solar filter when pointing your telescope at the Sun or you can severely damage your eyes and go blind!

A 5″ Dobsonian telescope is large enough for observing deep-sky objects, however it is much more dependent on darker skies than a larger telescope would be. Patience is important when viewing objects like galaxies, nebulae, and globular clusters. Getting outside of the city, away from light pollution will improve your ability to see fainter deep-sky objects and more of them.

Newtonian reflector telescopes suffer from a type of optical aberration known as coma. With coma, stars appear distorted near the edge of the field of view while stars in the center of the field of view are unaffected. Coma in an f/5 telescope is not as noticeable as it is in an f/4 telescope. A parabolic primary mirror eliminates the visual defect known as spherical aberration which is present in budget telescopes with spherical primary mirrors. This results in a sharper and clearer image.

Each of the following tabletop Dobsonian telescopes has a 5.1″ (130mm) aperture, a focal length of 650mm, a focal ratio of f/5, and a parabolic primary mirror. All of telescopes reviewed were priced at less than $200 at the time of this article’s last update.

We have compiled a Comparison of Accessories table which is included below. 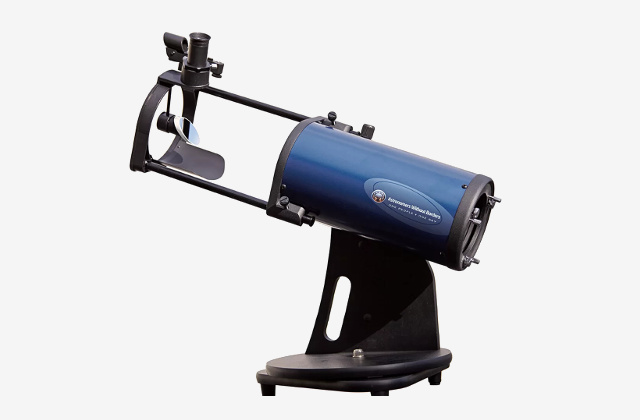 The AWB OneSky 130 Reflector Telescope is designed with portability in mind but you’ll appreciate its solid performance. It has been well reviewed by Sky & Telescope magazine and is actively discussed on the Cloudy Nights forum. While not perfect, it is a very good starter telescope and even seasoned astronomers will find it to be a good quality travel or grab-and-go telescope.

AWB stands for Astronomers Without Borders, a non-profit organization that runs astronomy programs in developing countries. They have partnered with Celestron to reduce costs and offer the OneSky for $199.99 with about half of the purchase price going towards supporting these programs.

The OneSky’s optics are surprisingly good for the price. The optical tube is a collapsible open truss design. One simple modification you can make to improve contrast is to build a light shroud around the open tube with plastic, cardboard or foam. This will block stray light and also prevent dew from forming on the mirrors.

The tabletop Dobsonian mount is made from laminated particle board with a cutout carrying handle. It is sturdy, fairly smooth, and has an adjustable altitude tension knob. If you don’t want to use the telescope on a table or stool, the Vixen-style dovetail rail allows you to attach the optical tube to a compatible tripod mount. The dovetail rail also allows you to adjust the balance of the optical tube.

The OneSky comes with a basic red dot finder. To use a red dot finder, look through the viewing window and move the telescope until the red dot is centered on your target celestial object. The red dot finder does not provide any magnification and while not as good as a finderscope, it does the job.

The plastic helical focuser is decent for fine focus adjustments and has a low profile, however one annoyance is that there is enough play in the helical threads to cause the eyepiece to wobble. This can be fixed by using Teflon plumbing tape or wax on the threads.

A Cheshire eyepiece collimation tool is included and the primary mirror has a center dot which makes collimating the OneSky super easy. The OneSky does a good job of maintaining collimation even after several sessions of extending and collapsing the truss tube.

For a telescope with a 5″ aperture, the OneSky is extremely portable. The rigid truss tube design collapses from a fully extended length of 24″ to only 14.5″ in just a few seconds. You can easily fit the optical tube in a backpack or carry-on bag and either carry or check the mount separately. The optical tube and mount have a combined weight of 14lbs.

The AWB OneSky is only sold in the US (with free shipping), however the Sky-Watcher Heritage 130P is essentially the same telescope and sold in other countries (like Canada and the UK) but is slightly more expensive. 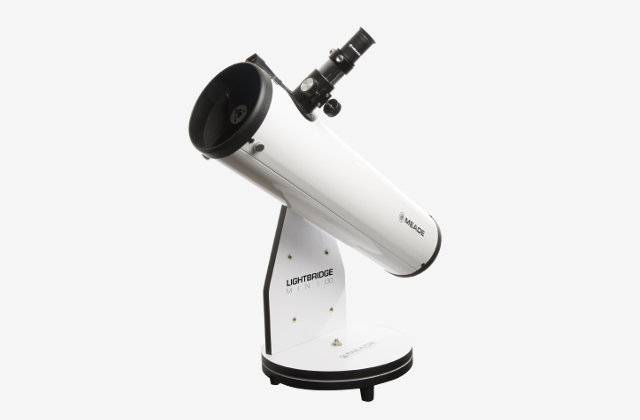 Want high-level performance at a reasonable price? Meade Instruments LightBridge Mini 130 Telescope delivers. It has very good optics and similar specs to the AWB OneSky but the main difference is that the LB Mini 130 has a closed tube design which provides better contrast. It has the lowest price of the three tabletop Dobs and can occasionally be found on sale making it an even better deal.

The tabletop Dobsonian mount has rubber feet to grip the surface of a table or stool and reduce vibrations. One complaint is that unlike the other tabletop mounts, the LB Mini 130 does not have a carrying handle. If you don’t like the tabletop mount, the Vixen-style dovetail plate allows you to attach the optical tube to a compatible altazimuth or equatorial mount. The dovetail plate is much shorter than the OneSky’s dovetail rail so there is less room to balance the optical tube, however this shouldn’t be much of an issue. There is an adjustable altitude tension knob on the side.

The plastic 1.25″ rack and pinion focuser has dual focusing knobs and is an improvement over the OneSky‘s helical focuser. It can hold the focus better under the weight of the eyepiece and doesn’t have any eyepiece wobble like the OneSky.

The LightBridge Mini 130 does not come with a collimation tool so you will need to buy a basic collimation cap, Cheshire eyepiece collimator, laser collimator or attempt a no-tool collimation. However, the collimation thumbscrews are a nice upgrade allowing adjustments with your fingers.

While not as portable as the AWB OneSky due to the longer optical tube, the LightBridge Mini 130 is pretty lightweight weighing only 13.6 lbs. The optical tube can quickly be removed from the mount for easier portability. 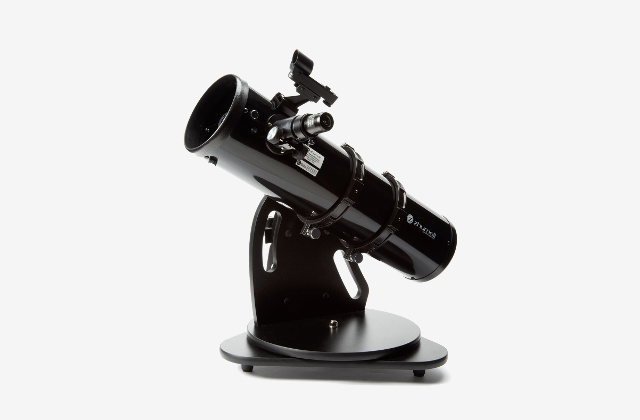 The Zhumell Z130 Portable Altazimuth Reflector Telescope is one of the best telescopes you can buy for under $200. It would make an ideal gift or starter telescope for a beginner. The optics are very similar to the OneSky and the LightBridge Mini 130. The all-black design would look great on a bookshelf.

The tabletop Dobsonian mount is made of wood and melamine with two carrying handle cutouts. The optical tube is mounted to the base with tube rings and a Vixen-style dovetail. The tube rings allow you to rotate the optical tube to your preferred eyepiece angle which is a nice feature. The dovetail allows you balance the optical tube. You can adjust the tension of the up and down movements of the optical tube or lock it in place with the altitude tension knob. There’s also a handy eyepiece tray that attaches to the side and can hold three eyepieces. 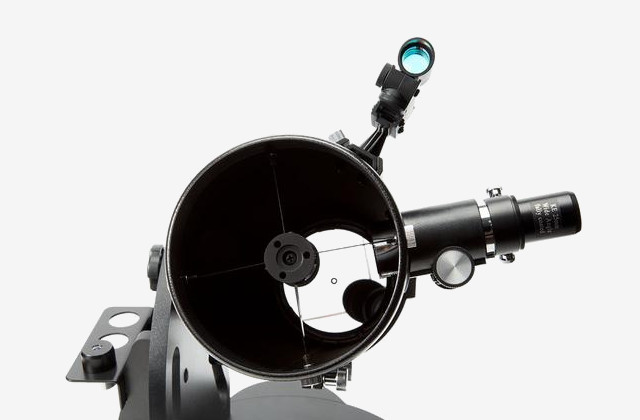 The dual knob 1.25″ rack and pinion focuser is made of plastic. Like the LB Mini 130, it resists the weight of the eyepiece and holds focus better than the OneSky‘s helical focuser.

To collimate the telescope you first need to remove the rear dust cover. No collimation tool is included but Zhumell recommends using a collimation eyepiece. You will also need a Philips head screwdriver (included) as well as 2mm and 2.5mm Allen wrenches to collimate the mirrors.

The solid optical tube makes the Z130 less portable than the OneSky although it is still a convenient grab-and-go telescope and fits easily on a car seat. 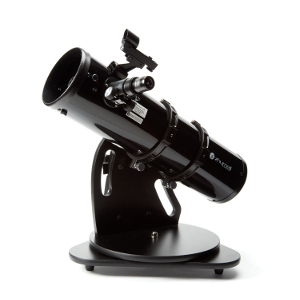 Weeding through all of the junk budget telescopes, there are a few worth considering around the $200 mark: the AWB OneSky, Meade LightBridge Mini 130 and Zhumell Z130. These 5″ tabletop Dobsonian reflectors have similar quality optics and specs. Each includes two eyepieces that are decent to start with and perform about the same but you will likely want to purchase an additional eyepiece or two.

If you’re looking for the most portable budget telescope, the AWB OneSky is the best option and it comes with a Cheshire collimation eyepiece. If you prefer the improved contrast of a closed tube, the LB Mini 130 and Z130 are comparable. If you like the carrying handles, eyepiece tray and tube rings, go with the Zhumell Z130. If you want to save a few dollars and like the collimation thumbscrews, the Meade LightBridge Mini 130 is a solid choice.

It’s hard to recommend one of these budget telescopes over the others. Any of the three would be an excellent choice for a beginner telescope, travel telescope, grab-and-go telescope, or gift. 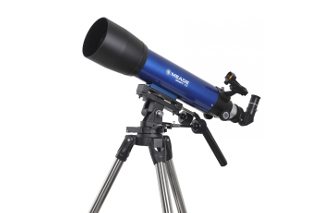 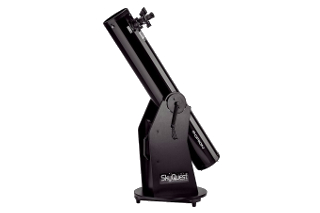 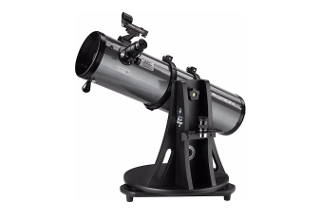 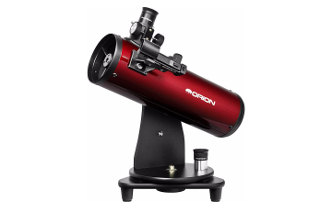 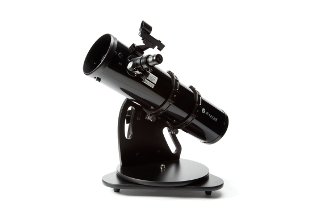 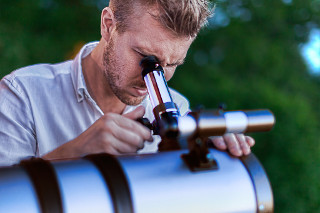 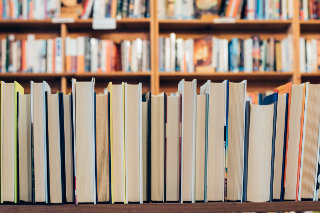